Business of the Week: Reich Precision 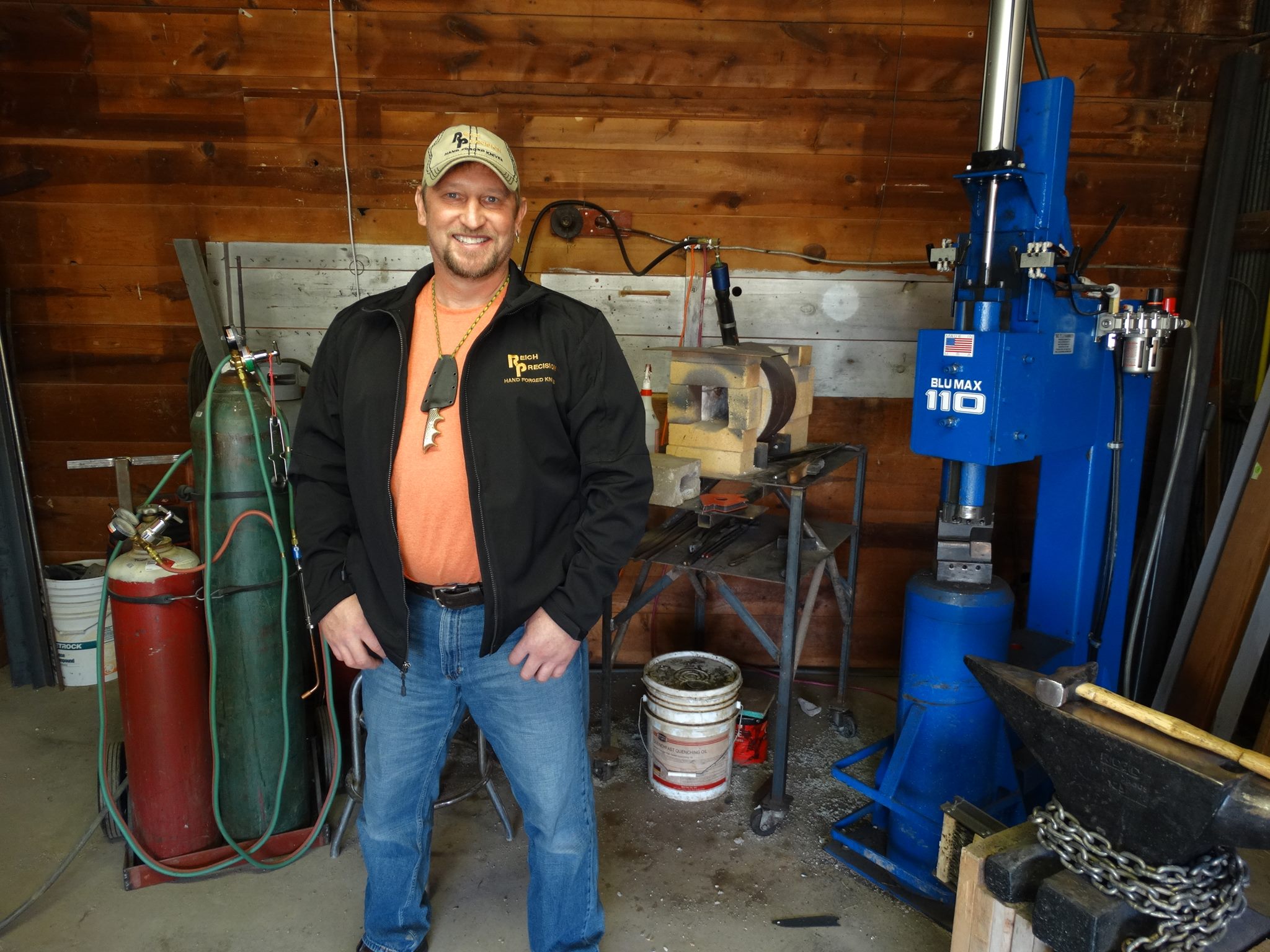 After over 20 years in the construction business, Mark Reich decided to pursue a career where he could not only use his carpentry and construction skills, but also found interesting and fun. He began by learning how to sharpen every kind of blade you can think of, including hunting and kitchen blades and all types of shears. When he decided that just wasn’t enough to hold his interest, he began his journey to learn how to make his own blades.

Mark was able to apprentice under two of the best and most recognized master Blade smiths in the United States, Ed Fowler and Murray Carter. Mark is one of only 13 H.E.P.K (High Endurance Performance Knife) Master blade smiths. H.E.P.K. knives are considered to be the best of the best in performance.

Since becoming a vendor at the Buffalo Chip Campground during the annual Sturgis Motorcycle Rally, Reich Precision has grown its client base and the products available. There are now some semi-custom knives produced as well as the only official Buffalo Chip Limited Edition knife designed each year.

While Mark has combined the knowledge learned from Ed and Murray, he has created his own process and unique style and works to constantly improve the quality of all of the products he produces. He works with unique and traditional materials like stabilized woods, man-made materials such as Kirinite and C-Tec, stabilized cactus and even mammoth tooth. His uniquely designed “Thinking Man’s Knife” and the Reich3G ™ showcase his ability to take a traditional art, like knife making to the next level.