Richard “Dick” Pluimer was born and raised in Belle Fourche, and attended college in Eugene, Oregon and Spearfish, South Dakota. Pluimer graduated from Creighton University Law School in Omaha, NE in 1979.  He started his law practice with Stephens, Quinn, Carr, Tschetter & Buckmaster in 1979 – 1982.  In 1982, Dick and Tom Carr formed their partnership with Larry Zastrow which continued until Tom Carr retired from the practice of law in 1997.  Dick continued his practice in Belle Fourche until 2001 when he joined with Tom Brady to form the Spearfish law firm of Brady Pluimer, P.C.  That practice continued for 15 years until the spring of 2016, at which time Dick went back into practice on his own.

Dick has served as City Attorney for the City of Spearfish for 8 years; as attorney for Black Hills Special Services Cooperative for 30 years; and, as school attorney for the Harding County and Edgemont School Districts for over 20 years.

“I am fortunate that I can now focus my practice on the areas of the law that I have truly enjoyed, with the clients I enjoy working with,” Pluimer said. “Our goal is to continue to provide the best legal services for the clients that we have served for more than 30 years.”

With roots dating back to 1891, today’s Butte County Post is the current operation of newspapers in Belle Fourche and Newell that dates back to the Belle Fourche Bee, a weekly newspaper begun with typesetting on a hotel floor in May of 1891.

The Bee continued as a weekly newspaper for decades, even as it changed ownership to the Belle Fourche Post and continued under several owners.

The Post had name changes, but continued into the early 1990s when new owners published it as the Belle Fourche Post and Belle Fourche Bee in a twice-weekly operation.

The Newell Irrigator operated from 1910 in various forms until it was merged with the Belle Fourche Post as the Butte County Post.

Heimbaugh is an experienced media consultant for the Northern Hills and Dailey has more than 50 years in news reporting and editing, most headquartered with South Dakota-based publications.

Through the years, the local newspaper covered news in the county and carried minutes from local governing bodies.

Major changes in the newspaper operations have been the result of changes in technology from when metal type printed on low-quality paper to today’s computer-based editing and color photos on high quality newsprint.

Dailey said, “The biggest real change besides the natural changes in personnel through nearly a century and a quarter has been the huge benefit of higher quality printing and computer editing.”

But, Heimbaugh said, “The thing that hasn’t changed in well over a century is the commitment to offering our readers the most timely and accurate news and advertising services in the Northern Hills region.” 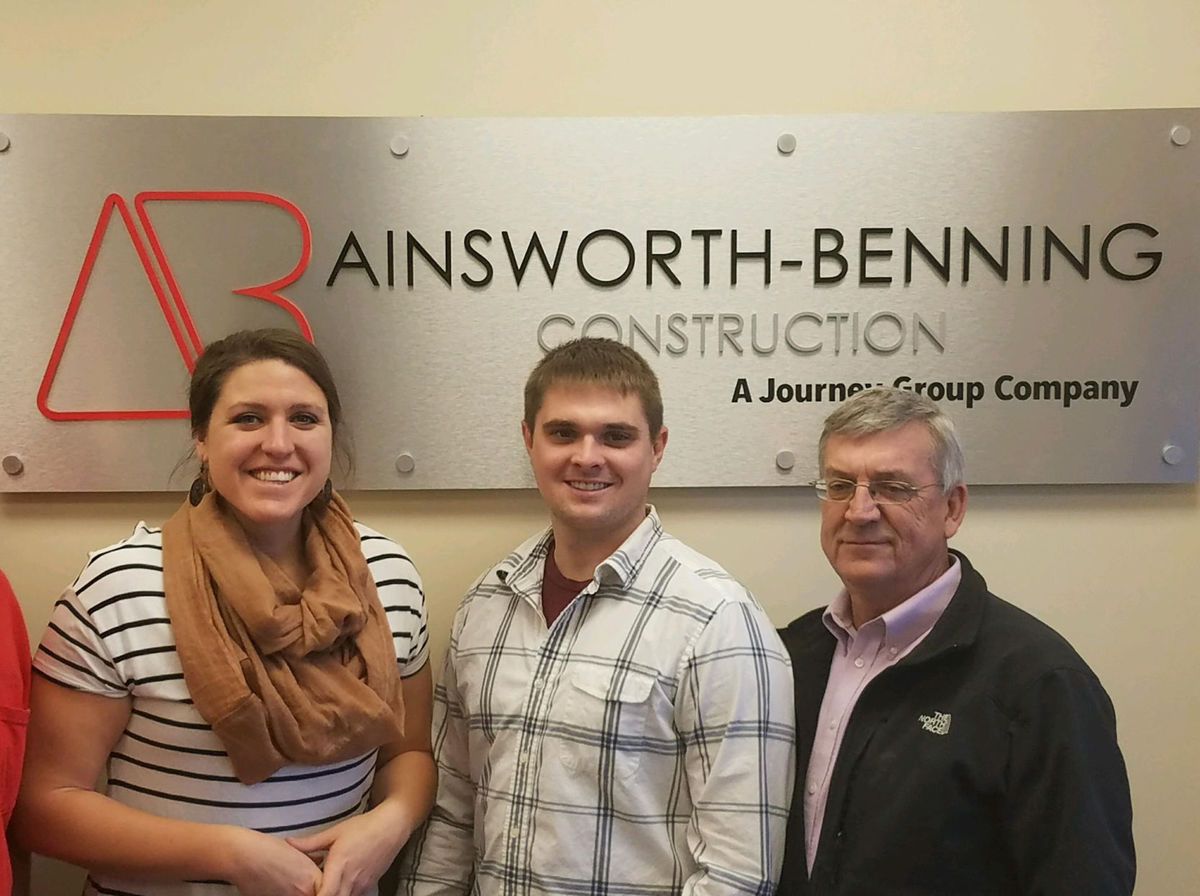 As Jim began his transition out of the business in 2016, the new President, William (Will) R. McElroy, stepped in to oversee the management of Ainsworth-Benning Construction. Prior to taking on this new role, Will was the Director of Underground Access at the Sanford Underground Research Facility in Lead, SD since 2009. Ainsworth-Benning Construction, A Journey Group Company competes in the traditional general contracting and design/bid/build (hard bid) market as well as the negotiated market through the Construction Manager at Risk (CMAR) delivery method.

CMAR is a delivery method where Ainsworth-Benning Construction takes part in a customer’s project very early in the design process to help manage project scope, budget and schedule. Unlike the traditional hard bid delivery method, the CMAR method is heavily based upon building lasting relationships with owners, architects, engineers, sub-contractors and suppliers so that a “best value” project will be the result. Ainsworth- Benning Construction leads in its ability to successfully execute CMAR in this region.

The mission of Ainsworth-Benning Construction is to positively impact lives by building community. That can mean different things to different people. At the heart of our mission, we value our customers and our people.

We take very seriously the responsibility we have with being good fiscal stewards for our customer’s dollars. We will grow our business based upon our integrity and relationships that we build throughout the area. 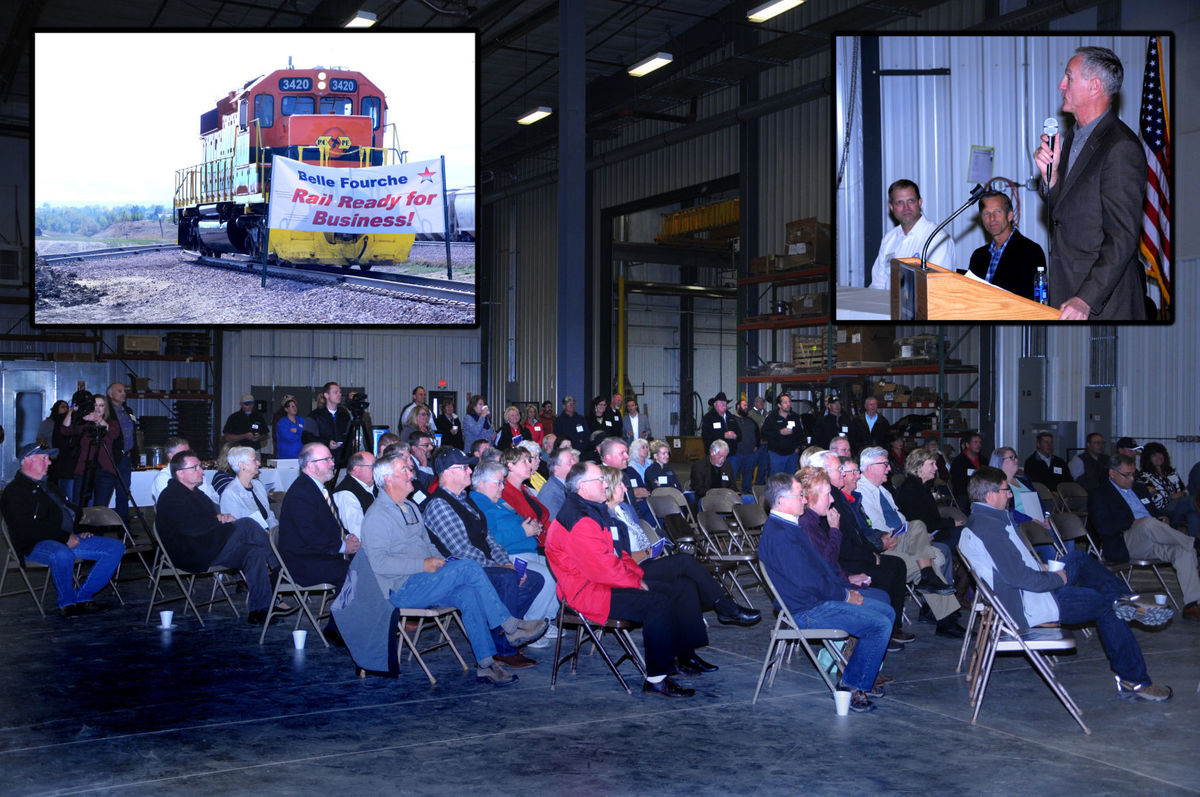 October 6th was Belle Fourche’s first Manufacturer’s Day and the Industrial Rail Park dedication. Gov. Dennis Daugaard and Sen. John Thune both spoke at the event, hosted by Permian Tank, both citing the importance of manufacturing and  the railroads in South Dakota economy. The ribbon for the new industrial park was cut in industrial fashion with a train engine driving through the banner.Afterwards, Permian Tank gave the first Manufacturing Day tour through their vast facility, followed by tours of Ring Container, New Generation Feeds, Design Tanks, and Gillette Fence. Those on the tours enjoyed learning about these local manufacturers and expressed amazement at the scope of operations happening in ‘little’ Belle Fourche. 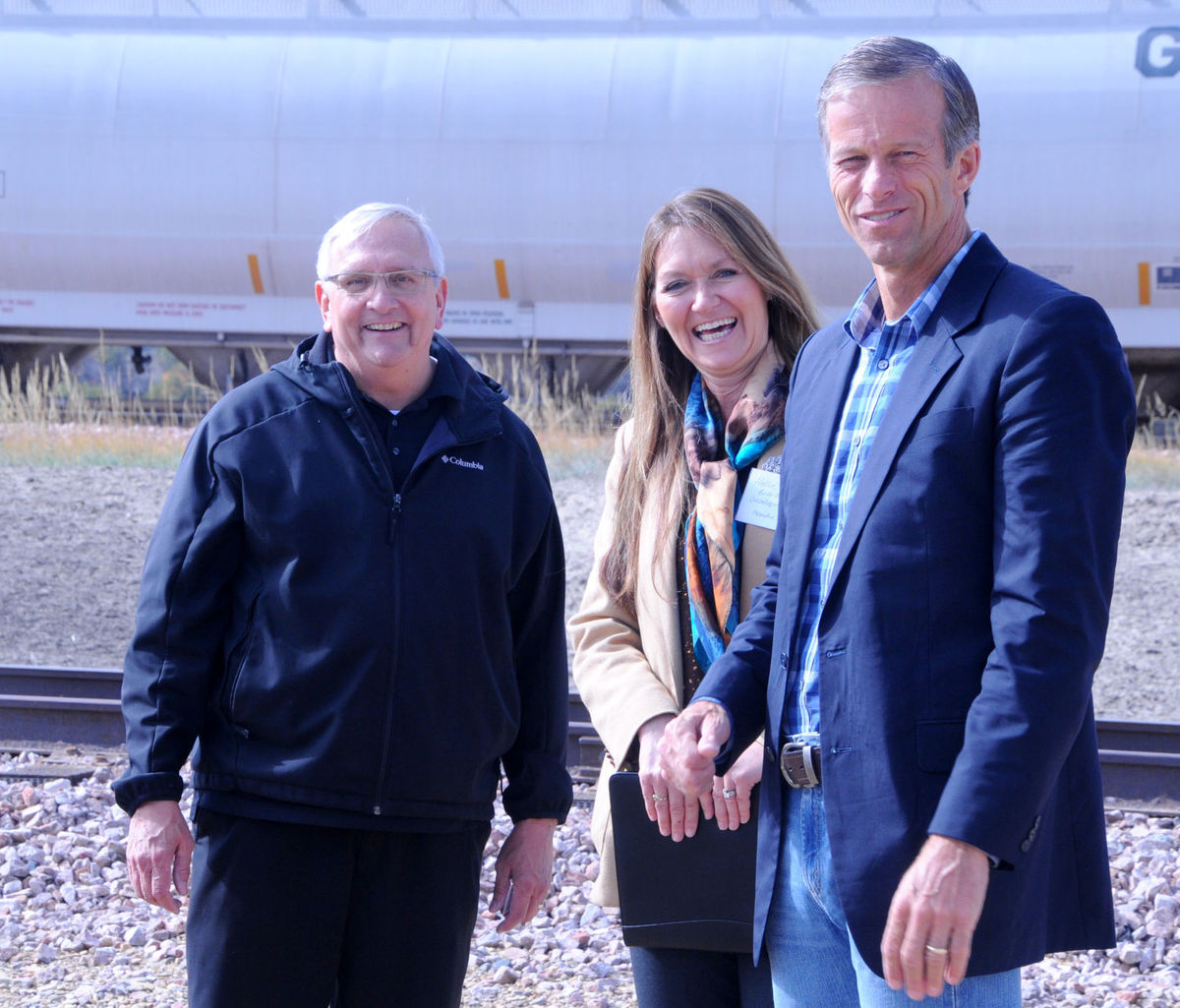 Additional coverage of the event: 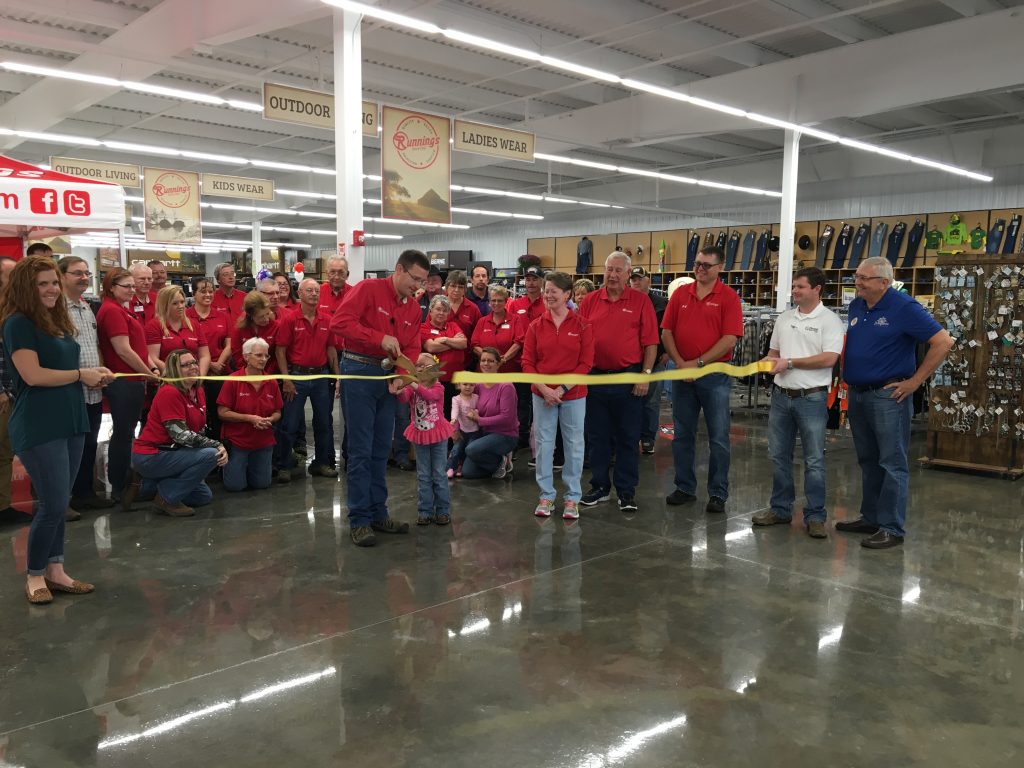 Representatives from the City Council Kayla Kinard, James Ager, and Jim Smit, as well as the Chamber of Commerce Board and the Belle Fourche EDC, welcomed Runnings owners Dennis and Adele Reed, and their son Brian Odegaard, and thanked them and manager Brandon Freed for investing and expanding in Belle Fourche.

The Grand Opening continues through October 2nd, with more activities planned throughout the weekend. 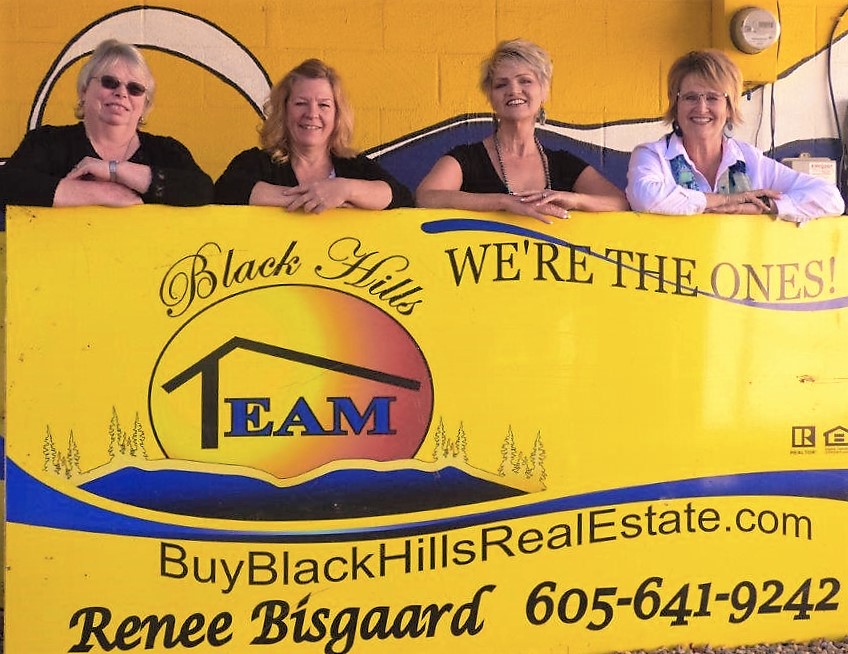 Owner Renee Bisgaard has been a licensed Realtor for the since 1981. Renee started and owned Century 21, Dakota Belle, Inc. for approximately 18 years, and then decided to sell it and worked back for Century 21 seven more years before creating her own Black Hills Team.

When asked what sets her business apart, Renee cites having a committed staff who will go above and beyond to serve clients.

“We are all very compassionate, committed and hard working. We always look for the best in humanity and try to serve clients the best we can. I love working with clients and matching people to properties. There is no property too small nor income too low that we won’t work with. I believe in this business and I believe in the “American Dream” of home ownership for all.

“[We want to] Provide service, friendship and expertise to anyone wanting to sell or invest in real estate. To provide clients with a high level of service, understanding and professionalism to help make the best choice when selling or purchasing real estate.” 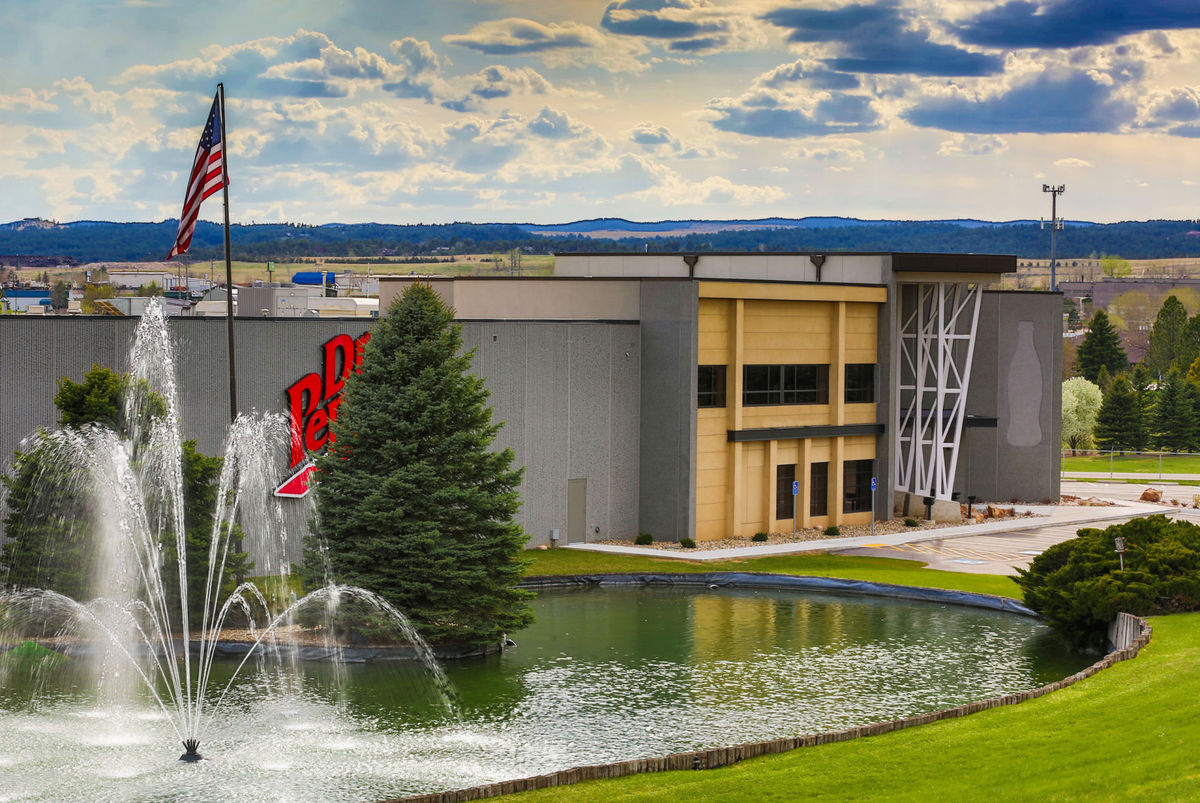 We believe what sets us apart is our great employees, our great brands and our highest principle: Honor God in All That We Do

Our mission is to create long term value for our shareowners, employees, customers and communities by providing beverage refreshment to consumers in partnership with our retail customers. 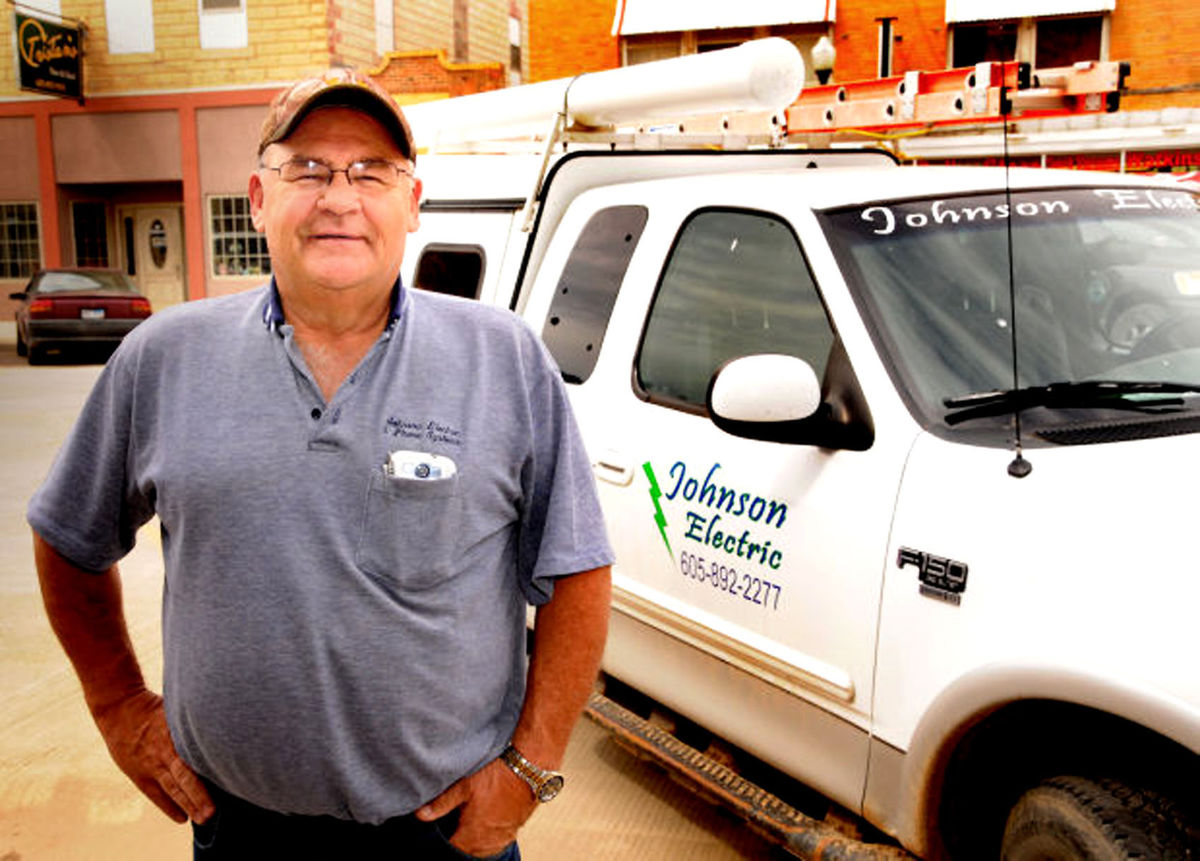 Johnson Electric & Phone is the Chamber’s Business of the Week. Owner Charlie Johnson was born and raised in Belle Fourche, and trained as an electrician under Charlie Bruggmon and Harry Chapman. In 1986, Johnson put out his shingle for Johnson Electric and has been in business ever since. Johnson stated that his business is set apart for being friendly and prompt, and takes pride in the quality of service it provides customers. 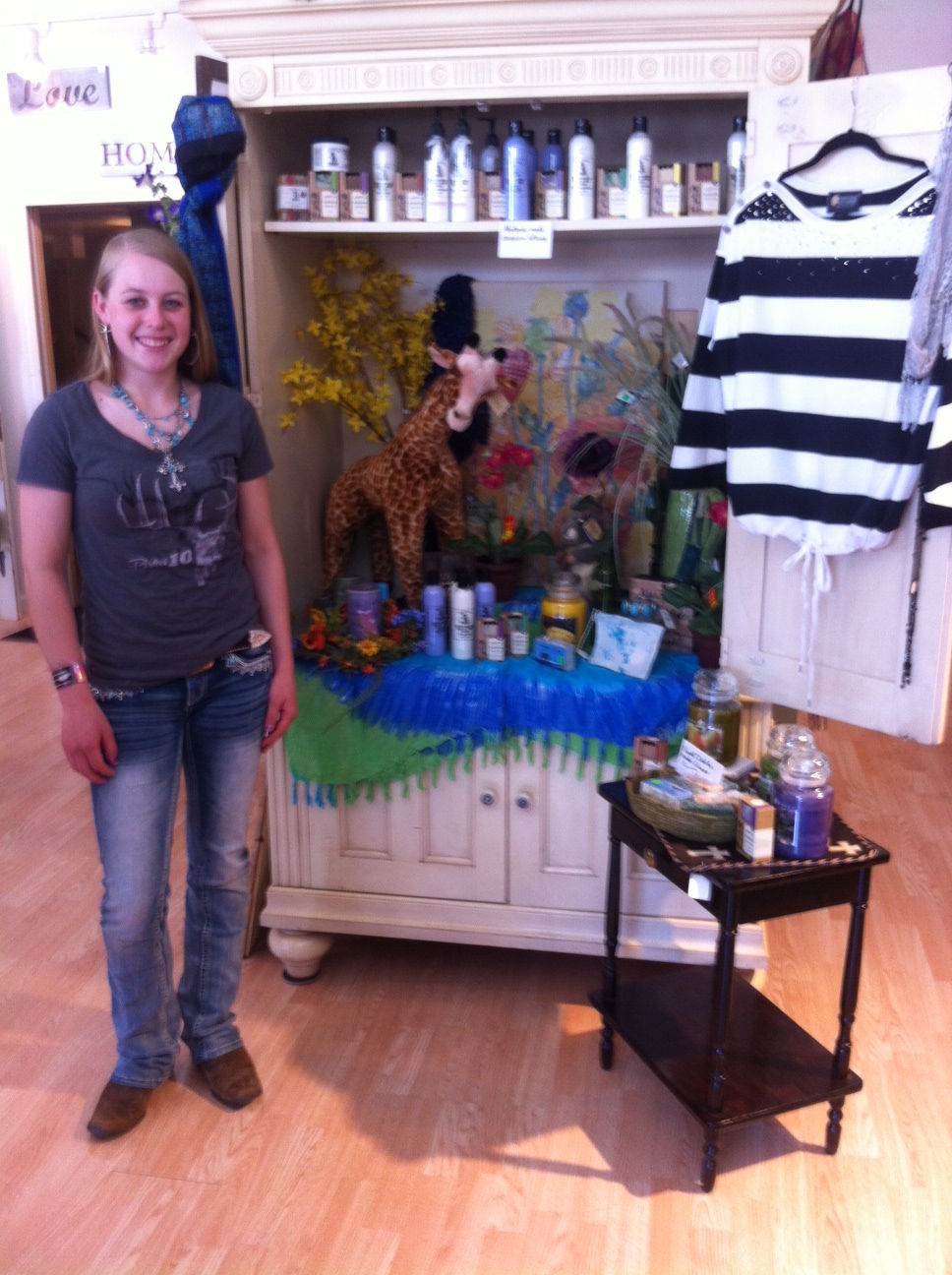 How did The Olive Branch get started?

The Olive Branch was started as an idea that we (a group of owners) could do collectively what each of us individually would have found difficult.  We each work one day weekly, which allows owners to be involved in other activities.

What sets The Olive Branch apart?

The Olive Branch is unique in their ability to offer something for everyone—men, women & children.  They have unique gift ideas and merchandise you cannot fine anywhere else—one of a kind.

What is The Olive Branch’s mission?

The Olive Branch strives to be a blessing to the community and wants all their customers to feel blessed as well. 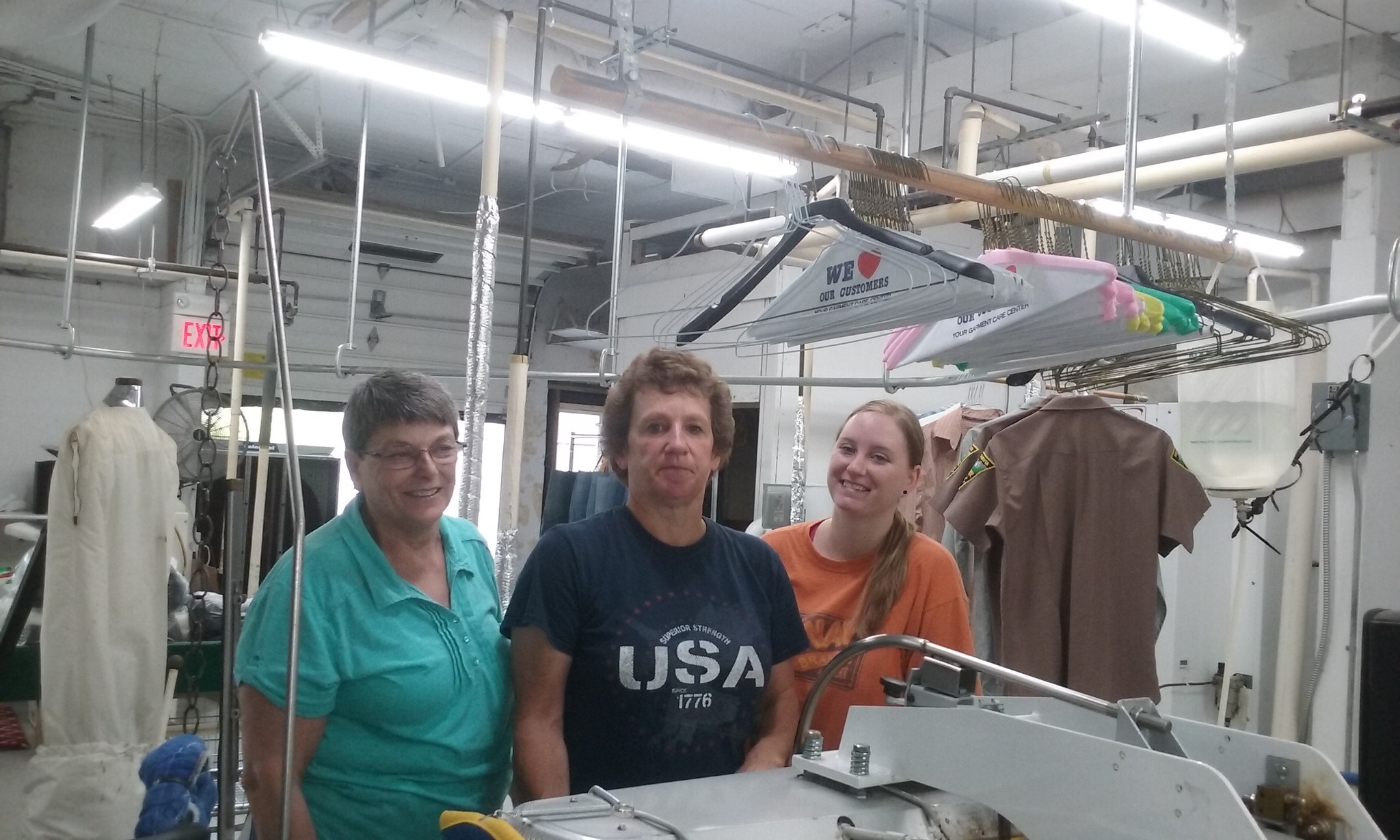 When asked what sets his business apart, Sowers described it as having “an emphasis on quality and dependability, with great employees that live this as well.”

Black Hills Laundry & Dry Cleaning currently employs ten people at the dry cleaning plant and laundromat in Belle Fourche, and nine others at the Spearfish and Sturgis locations.

Sowers stated that his goal for Black Hills Laundry & Dry Cleaning in the community is to “own and operate a store whose primary concern is the highest quality of customer service and satisfaction.” And that, “It is imperative for the owners, managers and employees to commit to these goals. The foundation of which will be to provide honest and reliable service and work for the customer, to the employee and the employer.

“We pledge to be an example of new and aspiring businesses in Belle Fourche, Spearfish, Sturgis and the entire Northern Black Hills.”