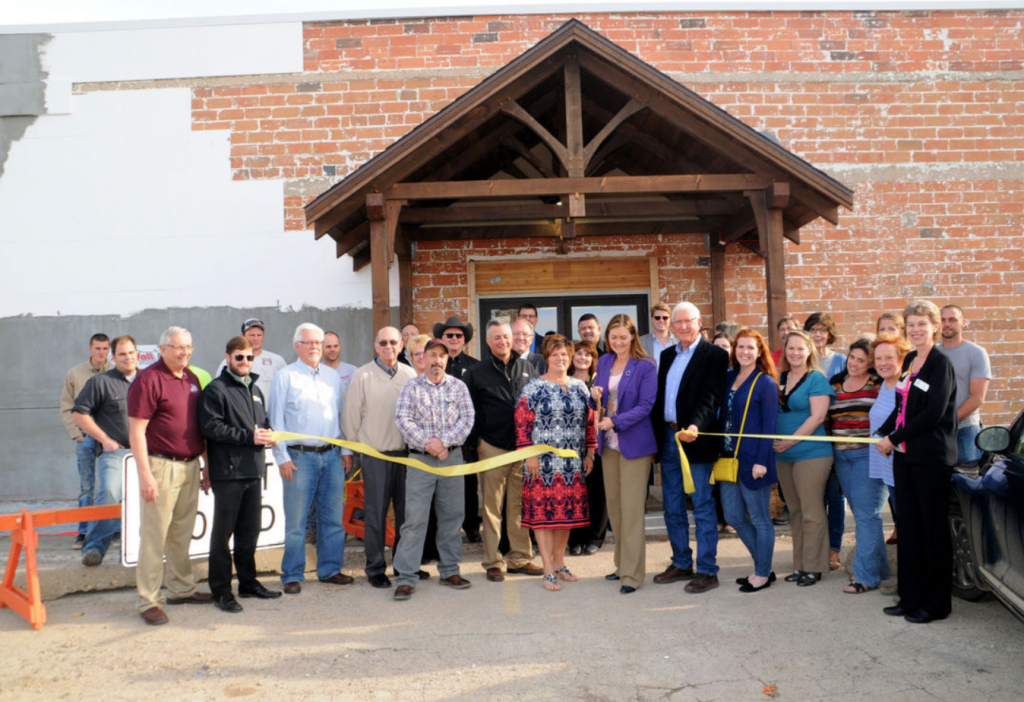 At the mixer before the ribbon cutting, Jack Wells told the history of the building that had long been a car dealership, and during the prohibition, even a distribution center for illegal alcohol. It was also once home to Wells Plumbing, which later moved and is currently out of the business district on Fifth Avenue.

Stalder said finish work is still continuing on the building, but that the ribbon cutting offered a last look at the longtime brick exterior before it is covered with a more energy-efficient exterior.